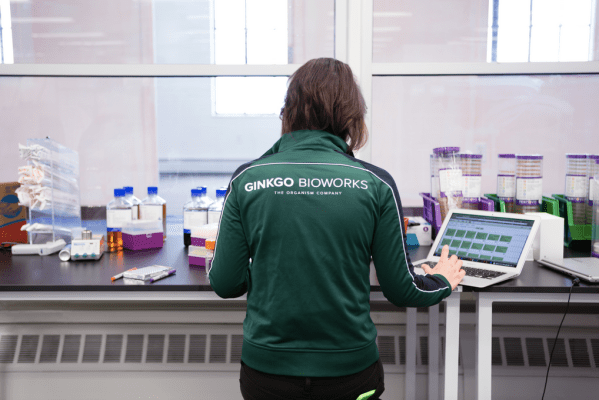 Ginkgo Bioworks is now worth $4 billion after a $290 million capital infusion that will give the company the cash to dramatically expand its developer shop for genetic programming.

The Boston-based company is one of a handful of U.S.-based early-stage companies that are on the forefront of developing the tools to modify genetic material for everyday applications.

“Cells are programmable similar to computers because they run on digital code in the form of DNA.” said Jason Kelly, CEO and co-founder of Ginkgo Bioworks, in a statement. “Ginkgo has the best compiler and debugger for writing genetic code and we use it program cells for customers in a range of industries. Today’s fundraise will allow us expand our technology and continue our drive to bring biology into every physical goods industry – materials, clothing, electronics, food, pharmaceuticals, and more. They are all biotech industries but just don’t know it yet.”

Ginkgo makes money in two ways. The company sells its development services to anyone who comes in with an idea. Kelly said that it’d be like any agreement with an entrepreneur who hires a coding shop to develop an application.

For example, if an entrepreneur wanted to develop houseplants that smelled like roses or lilies, they could approach Ginkgo, pay a (not-insignificant) fee, and Ginkgo would do the research into designing something like a lily-scented fern. (Kelly puts the sticker price on that kind of development somewhere in the neighborhood of $10 million, so a founder best believe their product can sell.)

“You don’t need to come in with deep biological know-how,” Kelly says. “The question is, is capital interested in the problem?”

The other way that Ginkgo is approaching the market is by taking equity stakes in businesses that rely on its technology.

Those take the form of joint ventures with companies like Bayer (the first joint venture partner for Ginkgo) and the launch of Joyn, a $100 million spin-out that was created in the summer of 2018.

The two companies are collaborating on the development of seeds that require less fertilizer for growth — something that could save the industry millions and decrease pollution associated with traditional chemical fertilizers.

Since that first spinout, Ginkgo has created three other companies and joint ventures. There’s the $122 million deal to produce rare cannabinoids with the Canadian cannabis company, Cronos; a partnership with Roche that was born out of Ginkgo’s acquisition of Warp Drive Bio; and Motif Foodworks, which is working on manufacturing alternative proteins with a $120 million in financing.*

Alongside these large-scale initiatives, Ginkgo has signed partnerships with the West Coast powerhouse accelerator program from Y Combinator and a new Boston-based life sciences-focused group called Petri to conduct development work for startups from those programs in exchange for an equity stake.

“We’re not going to have all the good ideas,” says Kelly. “We want to tap the much larger pool of smart people and really have them building on our platform. Of all of the people we can give value to, we can give the most to startups. If we can offer them to do their biowork without all of the fixed costs of build a lab,” that’s valuable, he says.

* An earlier version of this article mentioned three company spinouts. The collaborations with Roche and Cronos are not independent companies.